Most connoisseurs of rock music, at some point in their lives, pick up a guitar or sit down at a drum kit. Football fans dream of going out on the pitch and play. Those who love to drive in GTA, have achieved success in popular strategies or can play Counter-Strike for hours, as if at least once thought about the profession of a game developer. 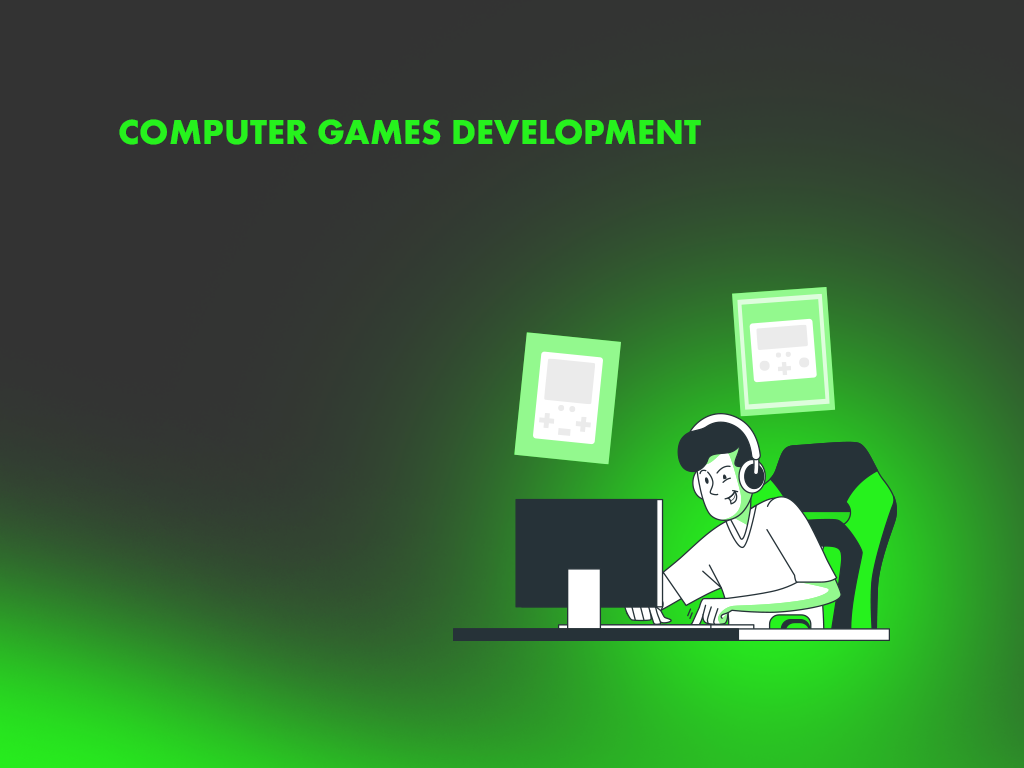 However, gamers do not think how much time and effort the developers spend on creating a project. Based on the scale and complexity of the implementation of the idea, the production of the game can be delayed for many years. That is why this direction requires titanic work, which is even more difficult than making films.

The creation of game projects has recently turned into a full-fledged promising industry, where there is a lot of money and interesting tasks. This area has changed significantly, because before the developers did not know where to start due to the lack of information and resources, but now the problem is in their oversupply.

The problem is that there are only a few institutions to learn how to develop. Most game developers are self-taught. Our team has prepared an informative article on how to become a cool video game creator. Let’s figure out what the development of computer games is, where to start and what nuances to take into account in the future.

Game development: where to start mastering the profession

We understand it with simple examples. Before going to the grocery store for the week, you need to make a list. These can be notes on the phone, writing in a notebook, or at least mental thought. Before you go to another part of the city, you plot the route in one direction and the other. In order to master game development, the first step is to understand what exactly you want to do in the industry.

Are you dreaming of releasing mobile apps or games for browsers? Do you want to collaborate with large companies or small studios? Are you going to be professionally engaged in development or are you only planning to devote your free time? These are basic questions that a beginner should answer to himself.

Additionally, it is worth considering what is more interesting: creating a program interface, debugging gameplay, writing scripts. If you set your goals correctly, you will immediately understand what you need to know to develop games. The best way to develop in this direction will be:

If you have the time and effort, then the first option will be optimal. However, keep in mind that you have to study a lot of material, which in the end may turn out to be useless. Classes led by experienced coaches are an easy and convenient way to achieve heights in the game-sphere from scratch. This will not only save time and effort, but also help you stay on track and boost your skills to the maximum.

How games are developed: background information

Let’s imagine that you already know in advance what the future project will be, created a concept and are looking for development options. Let’s move on to implementing the plan. There are several ways:

We write everything by ourselves from scratch. A complex way, but perfect for a complete analysis of the nuances and learning of programming languages.

We use the functionality of the engines. A simplified version that is suitable for novice developers. We arm ourselves with tips from the Internet and create a project on one of the demanded platforms.

We are looking for templates. Sometimes finding blanks is much easier and faster than working through all the stages yourself. You will need to replace the components of the game and tuck it under your own project.

All these methods imply programming 100%, so you will have to master the basics in any case.

We recommend to pay attention to the engines for creating a game product. Unity is very popular now. This tool is designed to work with 2D and 3D projects, suitable for different platforms and programming languages. An indisputable plus is that it is free, unless, of course, you earn more than $ 100 thousand a year from your game. In this case, you will have to share the income with the Unity developers.

Additionally, for beginners on the path to Game-Dev and those who are interested in the question of how to start creating games, we recommend choosing a platform responsibly. For the commercial success of the project, focus on the most popular:

Each platform has its own audience with specific tastes. On mobile phones, gamers prefer simple games like puzzle, arcade or casual. PC players prefer MMORPGs like Skyrim or Lineage II, as well as shooters like Battlefield and Call of Duty. The console is suitable for racing simulators, adventure games. For browsers, puzzles and farms are the best option.

What do you need to know to create games: a quick introduction to programming languages

Having set a goal, another, no less important question arises: which programming language to start with. Let’s take a look at the basic tools to help you avoid wasting time creating games. Where to start for dealers who plan to create projects like Minecraft and mobile applications for Android OS? The best option would be Java. Our team has created a list that will tell you which language to start with in the game industry:

Is one language enough? You know, a huge plus of programming is constant self-development. In the development of game projects as well. Mastering many languages ​​is not a desire, but a necessity for further development in this area. Remember that if you decide to connect your life with the development of video games, you will have to become a “polyglot”. This will help not only to receive big money, but also to engage in more interesting and global projects.

What do you need to create a game: summary

It is not difficult to start a career in the gaming industry, the main thing, as in all areas, is desire. Do not be left alone with yourself, try to find a team of like-minded people, because you can burn out on your own much faster. Game Virgo skills are useful and come in handy in the creation of any digital product. The time spent mastering the skills won’t go to waste.

Get ready for the fact that the first game will not become a masterpiece and will not have hundreds of thousands of fans. However, in no case should you be upset and give up, because this will be the first step on the way to your dream. Learn more languages ​​and improve your skills on your own or in courses. Now you know how to create a game, where to start moving up the career ladder and what to look for in order to become a cool specialist in the production of the best games.